Glaucoma is actually a group of eye diseases that lead to damage of the optic nerve (the nerve fiber that carries information from the eye to the brain), which can then lead to vision loss and the possibility of blindness.

Optic nerve damage usually occurs in the presence of high intraocular pressure, but glaucoma can occur with normal or even below-normal eye pressure.

There are two main forms of glaucoma: open-angle (which is the most common form and affects approximately 95% of individuals) and closed-angle. There are also several other varieties of glaucoma, including secondary, normal-tension, congenital, pseudoexfoliation syndrome, juvenile, neovascular, pigmentary, and irido-corneal-endothelial syndrome (ICE syndrome). 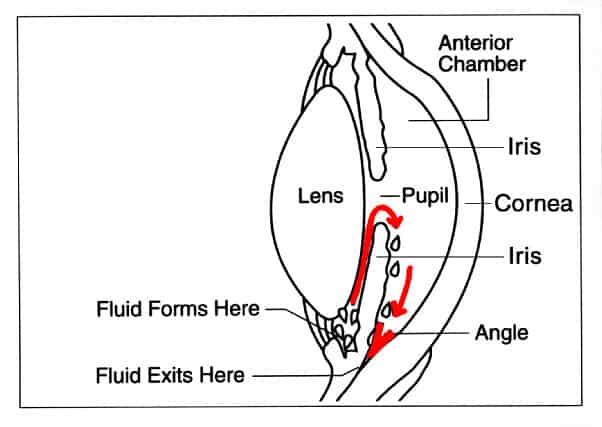 Worldwide, it is estimated that about 66.8 million people have visual impairment from glaucoma, with 6.7 million suffering from blindness. In the United States, approximately 2.2 million people age 40 and older have glaucoma, and of these, as many as 120,000 are blind due to the disease. The number of Americans with glaucoma is estimated to increase to 3.3 million by the year 2020. Vision experts estimate that half of those affected may not know they have it because symptoms may not occur during the early stages of the disease.

High-risk factors for open-angle glaucoma, the most common form of the disease, include being an African American and over 40, having a family history of the disease, and being over 60 for the general population. Those who are very nearsighted, have a history of diabetes, have experienced eye injury or eye surgery, or take prescription steroids also have an increased risk of developing glaucoma. It has also been suggested that individuals with Japanese ancestry may be at a greater risk for normal-tension glaucoma and that those of Asian and Eskimo descent may have a greater risk for closed-angle glaucoma.

Open-angle glaucoma, by far the most common form, has no symptoms at first. At some point, side vision (peripheral vision) is lost and without treatment, total blindness will occur.

Closed-angle glaucoma (acute glaucoma) results from a sudden, complete blocking of the fluid flowing out of the eye. Symptoms may include severe pain, nausea, vomiting, blurred vision, and seeing a rainbow halo around lights. Closed-angle glaucoma is a medical emergency and must be treated immediately or blindness could result rapidly.

Currently, there is no “cure” for glaucoma; however, early diagnosis and treatment can control glaucoma before vision loss or blindness occurs.

There are several tests that can help your eye care professional detect glaucoma; these include a visual acuity test, visual field test, dilated eye exam, tonometry (which measures the pressure inside of the eye), and pachymetry (which uses ultrasonic waves to help determine cornea thickness). Individuals at high risk for glaucoma should have a dilated pupil eye examination, and a visual field test annually.

Early treatment for open-angle glaucoma will usually begin with medications (pills, ointments, or eyedrops, for example) that either help the eye to drain fluid more effectively or cause it to produce less fluid. Several forms of laser surgery can also help fluid drain from the eye. Incisional surgery to create a new opening for fluid to drain is usually performed after the other treatment options have failed.

When a patient has glaucoma or is at high risk for developing the disease, physicians may document how the optic nerve changes over time by making drawings, taking photographs, or using a new technique called optic nerve imaging. Scanning laser polarimetry (GDx), confocal scanning laser ophthalmoscopy (Heidelberg Retinal Tomograph or HRT III), and optical coherence tomography (OCT) are all examples of optic nerve imaging techniques. The patient’s eye care professional will make the determination as to which method(s) to use.

New research is focusing not only on lowering pressure inside the eye but is also exploring medications that will protect and preserve the optic nerve from the damage that causes vision loss as well as the role of genetic factors. There has been progress with understanding the genetics of glaucoma in the last few years. Genes have been found that are associated with congenital glaucoma, juvenile glaucoma, normal-tension glaucoma, adult-onset open-angle glaucoma, pigmentary glaucoma, and other conditions that are associated with secondary glaucoma. 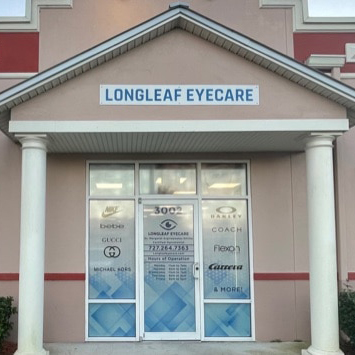 We take pride in building lasting relationships with our patients, which is why we take the time to get to know you, your vision requirements and your lifestyle needs.

Learn more about us